What many on the right still don't understand about 'Trump Populism' 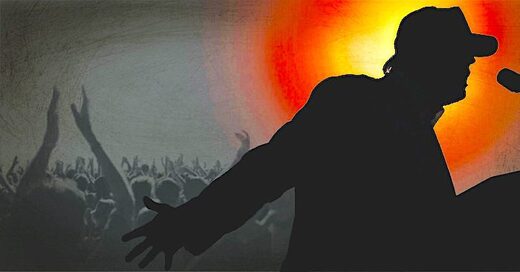 The January 6 anniversary last week drew a lot of opinions. Liberals solemnized the occasion as the new 9/11 and delivered maudlin speeches about how the circus-like crowd almost ended democracy. Conservatives, for the most part, avoided the cringe and either ignored the "celebration" or tried to challenge the prevailing narrative surrounding the day. Many attempted to explain the anger of the protestors who walked into the Capitol.

Liberals say the crowd were terrorists driven into a frenzy by "misinformation" over the FREEST and FAIREST election in human history. The crowd showed Trumpism as it truly is: a fascist and nativist movement that wants to overthrow democracy.

Revolver readers know this is ridiculous, but this is the common view among New York Times readers. The paper of record, however, did deign to offer a contrary opinion on what motivated Trump supporters that day. It was provided by former New York Post editor Sohrab Ahmari, an aspiring "post-liberal" intellectual. Ahmari argues that Trump supporters weren't motivated by hatred for democracy — they were inspired into action by economic anxiety.

While less ridiculous than liberal explanations, this argument also fails to understand the national populist moment. Trump supporters are not primarily outraged over Big Tech monopolies or the gig economy. They're upset over losing their country and becoming strangers in their own land.

"Trumpism appealed to many of its supporters as a response to perceived structural, class-based injustices."

He says the central concerns of the movement were:

"stagnant real wages; pervasive health and job insecurity; the disappearance into thin air of America's industrial base; ruthless labor, tax and regulatory arbitrage by corporations, in the form of offshoring and open borders; the corollary decline in union power in the private economy; the ravages of fentanyl; and, at the level of cultural and ideological production, the rise of Big Tech, with its power to discipline not just what workers do and earn but also what they can say and think."

But Ahmari says Trump failed to do anything about these ills and the "gig economy, with all its injustices and evisceration of workers as a class, roared on." He says this failure prompted his populist base to descend into "impotent rage." The result: January 6.

To summarize, the January 6 protesters were hard-bitten workers outraged over Trump's inability to eliminate DoorDash. This conflicts with reality.

The January 6 protesters were not strictly working-class.

Liberal researchers have tried to discern what issues motivated the January 6 protesters. One study identified an "insurrectionist" element in the country who share similar views to the arrested demonstrators. (The so-called insurrectionists are chiefly identified by their disbelief that Joe Biden legitimately won the 2020 election. Let's take this label with a heavy grain of salt.) According to the study, the top concern among the "insurrectionists" is the "Great Replacement." The Great Replacement theory states that westerners are being intentionally replaced in their own countries. Even though every demographic survey proves this, liberals deride it as a "conspiracy theory" — unless it's portrayed as a positive development. Seventy-five percent of "insurrectionists" believe in the theory.

This is just one study and it only covers the element of the Trump base that strongly supports the January 6 demonstrations. But many other surveys paint a similar picture of the populist base. An exhaustive report from the Center for the Study of Partisanship and Ideology found that cultural concerns rather than economic ones inspired Trump support. Among white Americans, fewer than 10% of those who favored more immigration voted for Trump. On the other hand, 80% of those who opposed immigration voted for Trump. There was no significant gap among income brackets when it came to this question and Trump support. An immigration restrictionist who made more than $100k a year was far more likely to vote for Trump than an immigration enthusiast who made $30k a year.

A study conducted during the 2016 GOP primaries found that favorability toward immigration restriction, anti-political correctness, and white identity were the strongest predictors for Trump support. Income and education were at the bottom of factors that predicted Trump support. The CSPI study concluded:

"Many Trump supporters were primarily motivated by the fear of declining group status resulting from demographic change, rather than more conventional pocketbook concerns."

There are other examples that the working-class white base is more motivated by cultural nationalism than economic populism. Glenn Youngkin received record support from Virginia's downscale rural whites in the 2021 gubernatorial election. He didn't promise to regulate Uber or deliver single-payer healthcare. His economic agenda was textbook GOP. But what made him a different was his open opposition to Critical Race Theory in schools. This helped win back suburban voters for the GOP and turned out rural whites in record numbers.

It was obvious what drew voters to Trump in 2016. When the future president came down the escalator, he became the frontrunner when he attacked illegal immigrants for bringing drugs and crime to America. He furthered his lead among the Republican pack by promising a ban on Muslim immigration. His calls for law and order in the face of BLM riots (yes, they were around back in 2016) resonated in the general election. This is what he ran and won on. Whether he fully delivered on this agenda is another matter.

Ahmari and other "post-liberals" seem uncomfortable with this. They would prefer a more respectable Trumpism, one that shifted the focus away from identity issues to economic concerns. A forthright defense of the Great Replacement Theory won't appear in the New York Times, but a screed against the gig economy will. Ahmari plays to his audience, which isn't ordinary Trump voters. It's other people in the media world.

It is odd that Ahmari would attempt to describe what Trumpism is. For many years, he was an ardent Never Trumper. In 2016, he said the only conservative choice for president was Hillary Clinton. He wrote an entire piece in 2017 attacking Trump for retweeting conservative reporter Jack Posobiec, whom he condemned as a "creature of the alt-right fever swamps." He used to defend the liberal order from the threat of national populism.

Here's how he described Trumpism when he openly hated it and derided it as "the new illiberalism":

Less a systematic ideology than a posture or sensibility, the new illiberalism nevertheless has certain core planks. Chief among these are a conspiratorial account of world events; hostility to free trade and finance capital; opposition to immigration that goes beyond reasonable restrictions and bleeds into virulent nativism; impatience with norms and procedural niceties; a tendency toward populist leader-worship; and skepticism toward international treaties and institutions, such as NATO, that provide the scaffolding for the U.S.-led postwar order.

It's hard to take Ahmari's criticism of Trump's supposed betrayal of national populism seriously. It's nice he converted, but he's still uncomfortable with Trumpism.

Trumpism is ultimately about identity, not economics. Trump supporters simply want their country back. It's a message that even alleged populists just don't get. 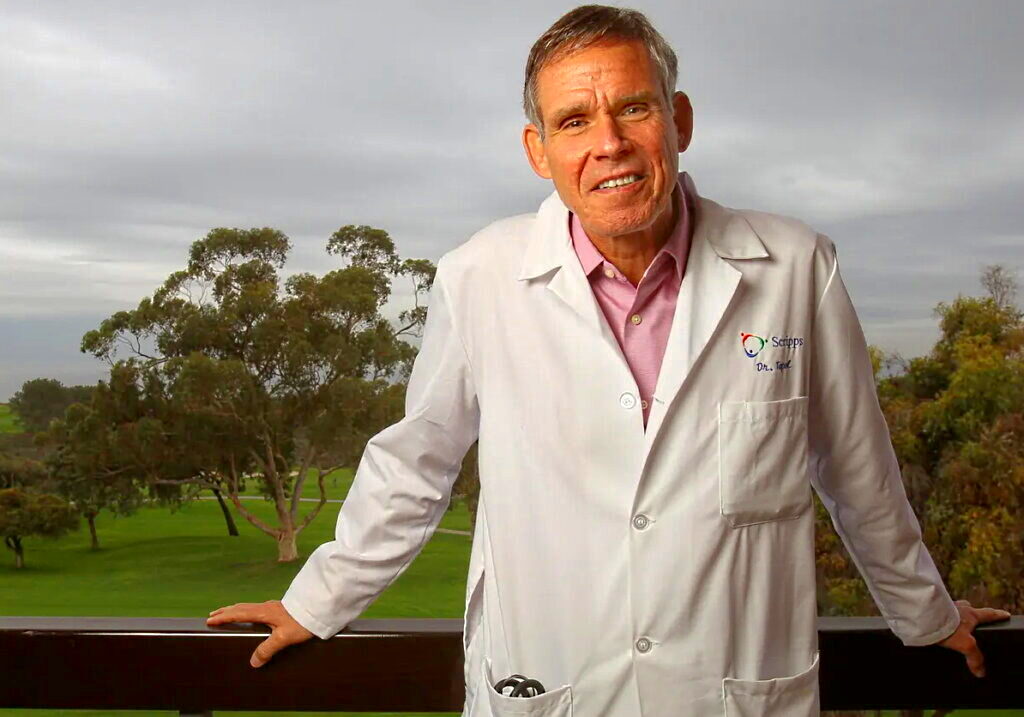 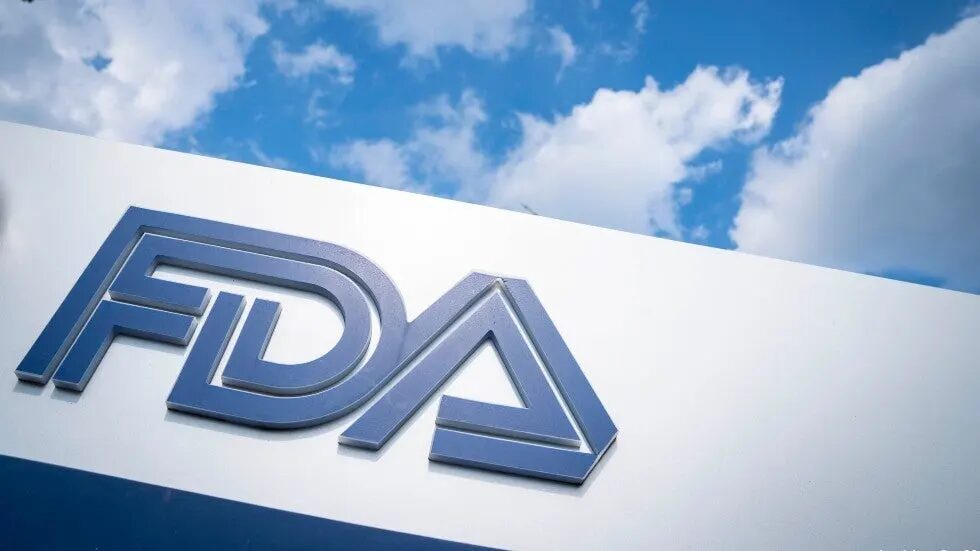 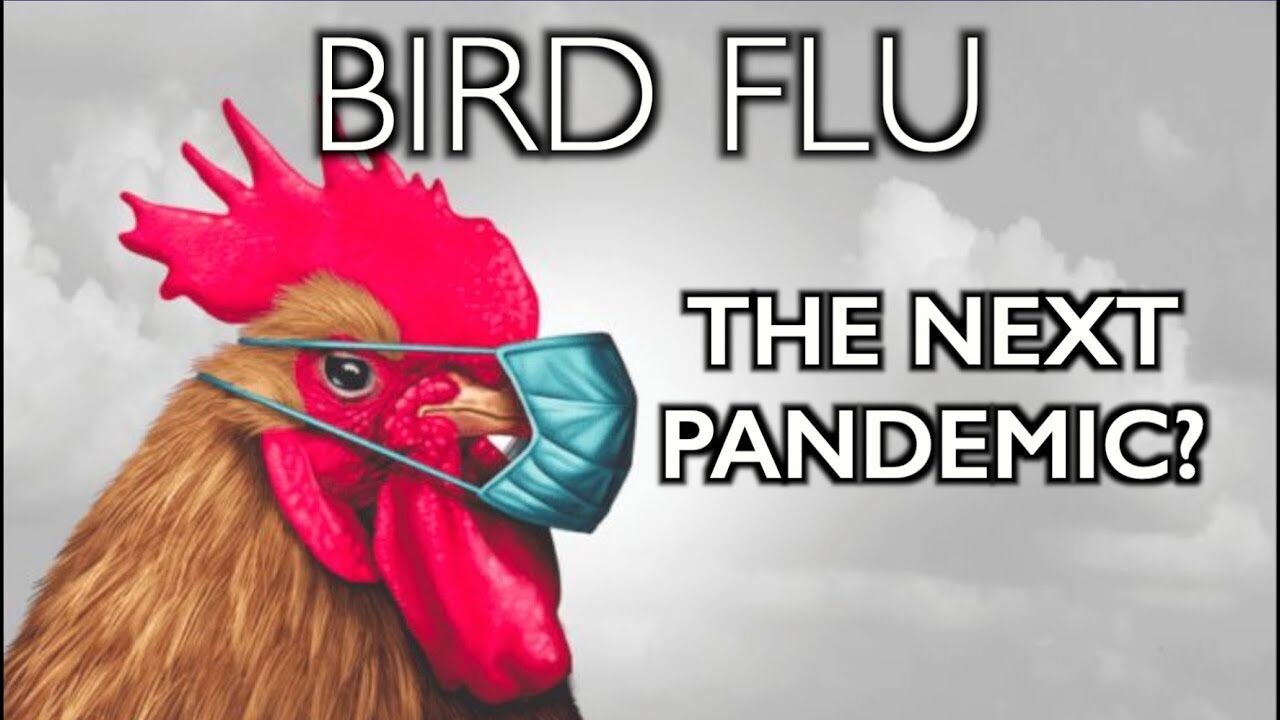 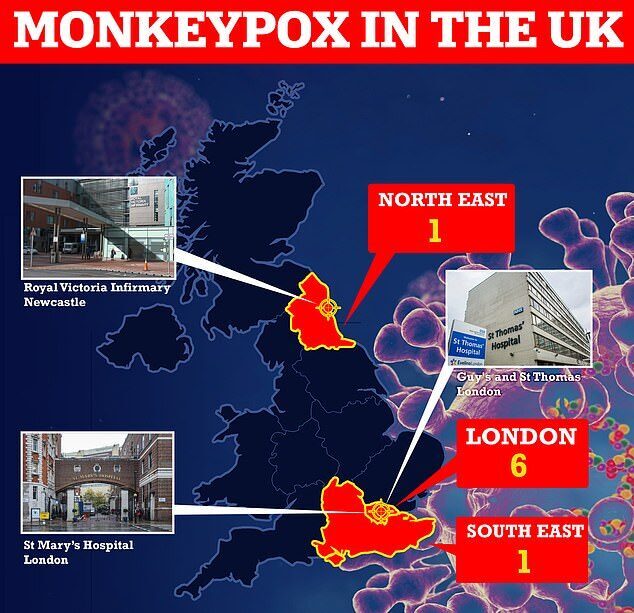 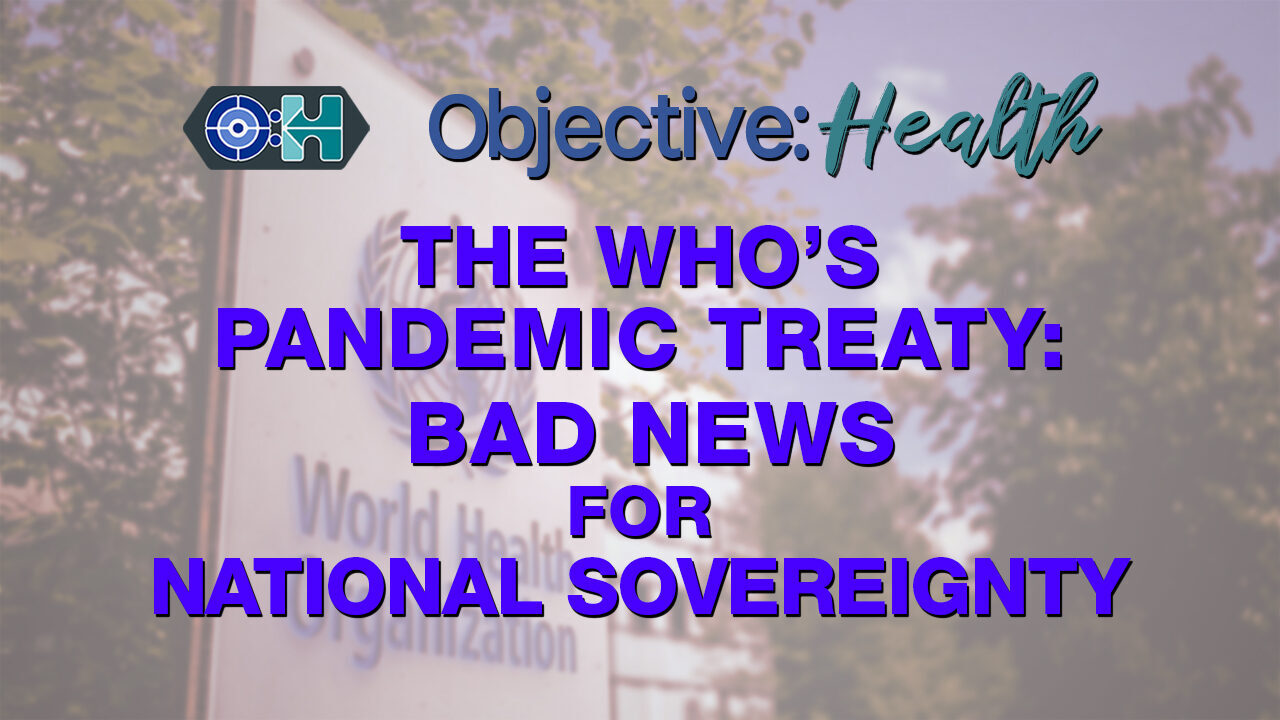 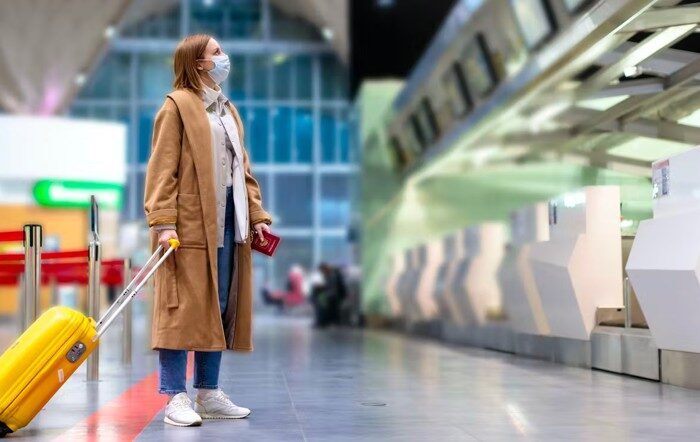 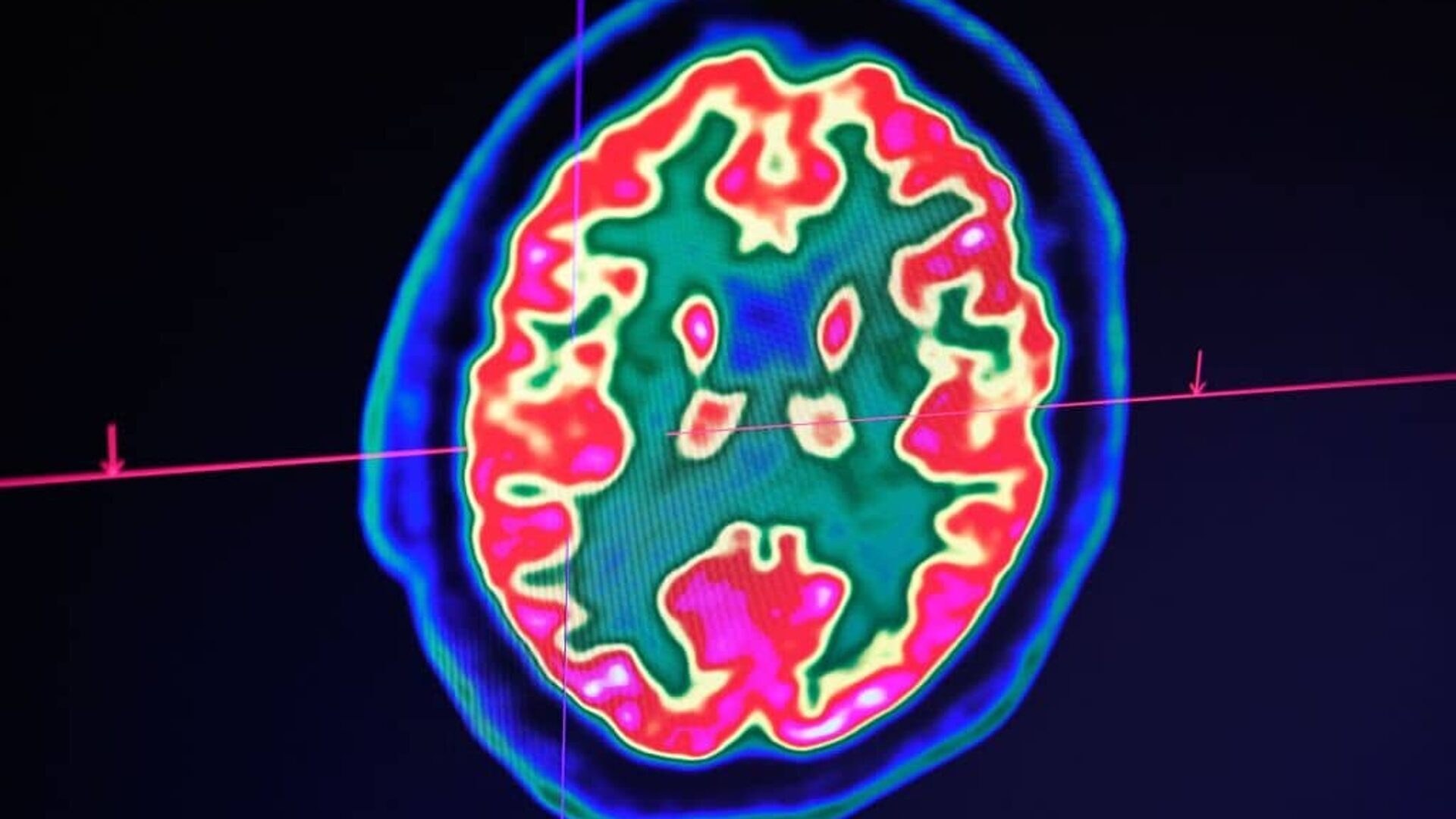 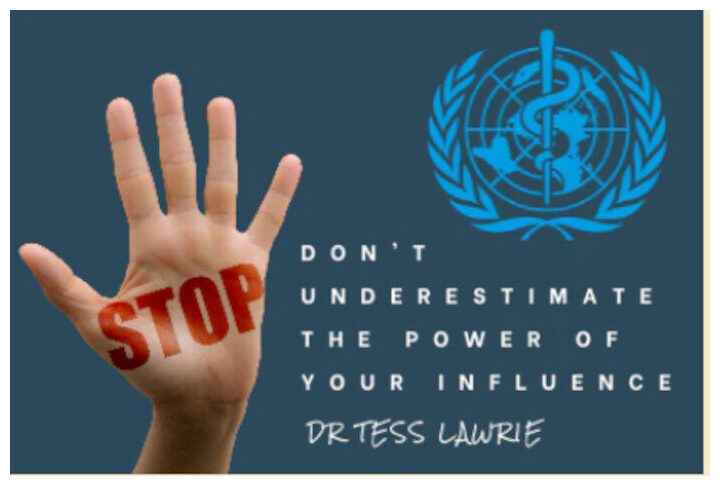