What is QAnon? What You Need to Know About the Conspiracy in 2021 (PART 3)

PART 3 (to be continued from Part 2 HERE) 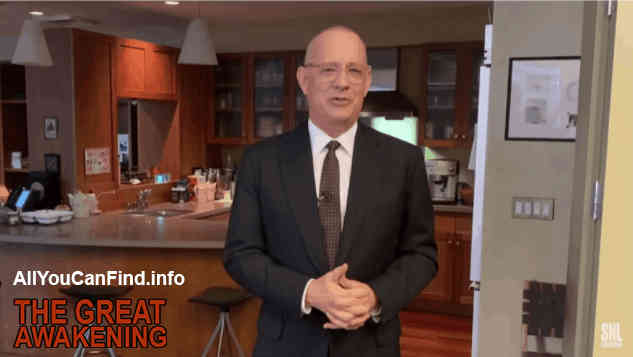 Furthermore, the ‘weakened’ state of each celeb, clearly visible in the videos, resulted from a lack of adrenochrome. Under house arrest, they had been cut off from their supply of children.

*Hanks had shaved his head for a movie role.

Conspiracy theories and cults are nothing new.

And while QAnon’s rise can seem incomprehensible when viewed alongside its outlandish beliefs, it’s origins can be traced back to some of the oldest conspiracy theories in the world.

In fact, QAnon’s greatest success may simply be repackaging and reinventing the most resilient conspiracy theories for the internet age and combining them into one big, all-encompassing belief system.

To spread QAnon to the broadest possible audience and recruit members from all across the US (and the world), the people behind it merged the pre-internet recruitment tactics from well-known cults with 21st-century internet culture, game design, and social media.

The roots of QAnon can arguably be traced back to 1903 when the earliest version of The Protocols of the Elders of Zion appeared in the Russian Empire. The Protocols… was a forged document claiming to describe a Jewish plot to take over the world.

Despite being debunked in 1921, the text has remained popular and widely available for over a century. Henry Ford (founder of the Ford car company) published 500,000 and distributed them across the USA. It continues to influence anti-Semitic conspiracy theories about secret cabals taking over (or already controlling) the world.

Over the next 100 years, as American trust in government and society collapsed (due to scandals like Watergate), conspiracy theories thrived.  Every recent major event in American history seems to have a corresponding conspiracy theory: the moon landing, JFK’s assassination, 9/11, the 2016 and 2020 presidential elections. 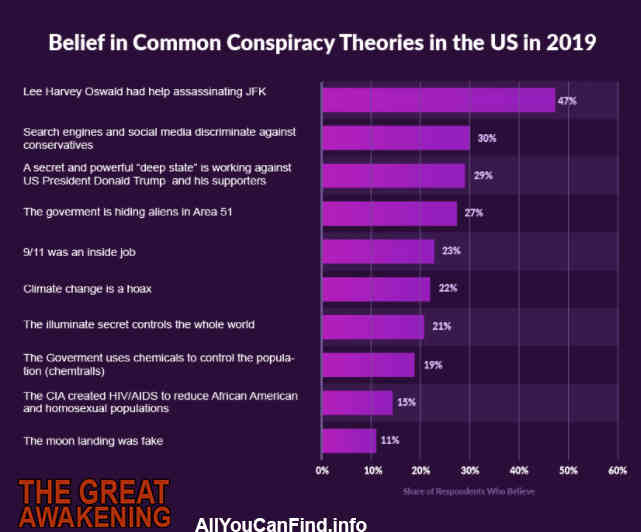 14.Belief in Common Conspiracy Theories in the US in 2019

Meanwhile, with the rise of the internet, fringe ideas like the Illuminati, the New World Order, and shape-shifting, blood-drinking lizard people running the planet started to gain wider audiences.

Eventually, they all started to overlap, merge, and compliment each other.

People used the internet to ‘connect the dots’ and share wild theories based on flimsy and false information. ‘Alternative facts’ became acceptable – long before the Trump administration gave them a name.

The only thing they were missing was a leader. Somebody to tie everything together in an easy-to-understand package and provide much-needed guidance and inspiration.

Q, or the people behind him, saw an opportunity to fill that gap and build an entire movement. In doing so, he took age-old conspiracy theory tropes and added some innovations.

Here are the five most successful innovations that helped QAnon spread like wildfire.

Most conspiracy theories relate to past events, like the Moon landing and JFK’s assassination, in which the outcome is known and final. While you can uncover the truth, you can’t impact or influence the events that occurred.

Others happen at such a high level, like Area 51, that ordinary folks can never hope to infiltrate them.

Even better, Q actively engages his followers and encourages them to get involved. He provides ordinary people with the power to determine the course of history, save the planet, and bring about salvation for the human race. 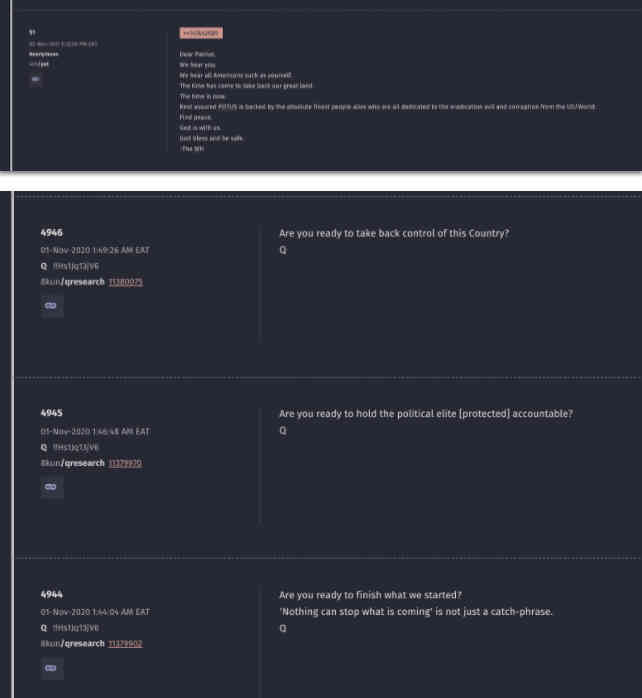 Not to mention saving children from a Satanic cabal of cannibal sex traffickers.

Rather than helplessly standing by as the world collapses, QAnon followers get to solve clues, decode messages, uncover conspiracies, and harass evildoers. In fact, many of QAnon’s most infamous claims didn’t originate from Q himself, but were invented by his followers.

For these reasons, experts have compared QAnon to a Live Action Role Playing Game (LARP) or a board game.

The problem is, the players don’t realize they’re in a game. And it’s ruining lives.

QAnon’s greatest skill is taking seemingly unrelated events and assimilating them into the all-encompassing narrative about evil, child-eating cabals secretly running the world. His posts are littered with random news stories that have no obvious connection but apparently hint at something much bigger.

Jeffrey Epstein’s arrest and death in 2019 were the first well-known example, exposing the world to a legitimate sex trafficking operation catering to rich and powerful men. For many, it also validated Q and everything he had predicted up to that point.

As governments worldwide struggled to control the coronavirus’s spread, Q was quick to exploit the crisis and quickly started including references to Covid-19 in his posts.

From there, Covid-19 misinformation became integral to QAnon and spurred its rapid growth across the globe in 2020.

QAnon followers have tied everything they fear in 2020 together into one giant ‘big tent’ conspiracy: 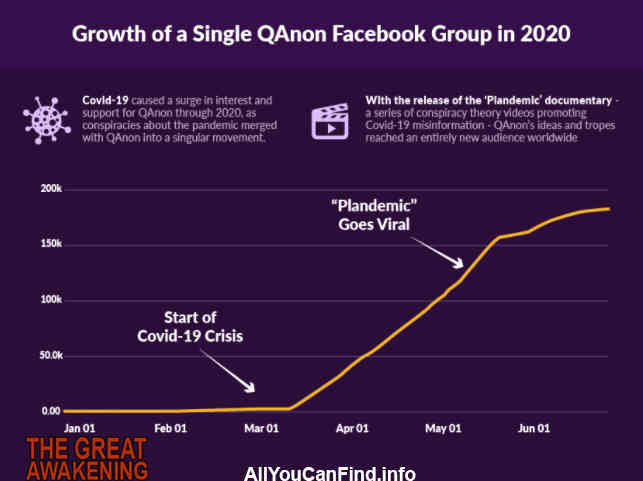 And at the heart of it all is Q, providing answers and explanations, connecting the dots no one else can see.

It’s worth mentioning that Q has never posted about 5G or Bill Gates and has only mentioned vaccines three times. His followers assimilated these issues into the conspiracy based on their own ‘investigations’.

Without social media, there is no QAnon.

If QAnon had never graduated from anonymous imageboards like 8chan, most of us would have never heard about it.

But early promoters knew that social media was key to bringing QAnon to the masses. And they succeeded.

Through Facebook groups, Twitter hashtags, subreddits, and Youtube recommendations, QAnon pulled millions of scared, isolated people down its rabbit holes, feeding them ever more extreme conspiracy theories and misinformation while providing a twisted sense of purpose and community. 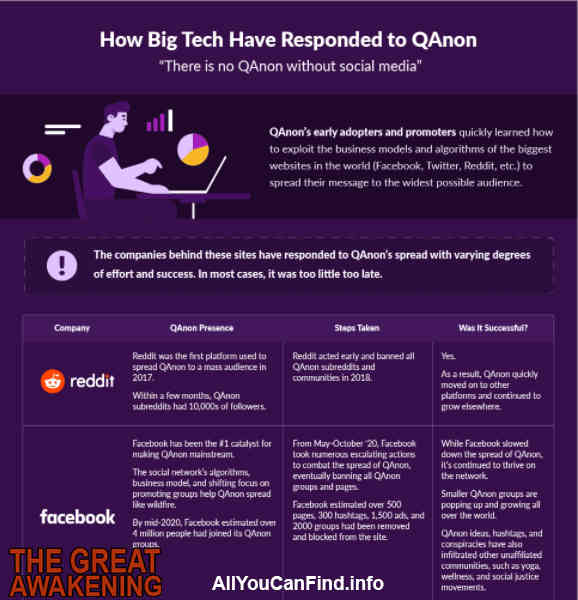 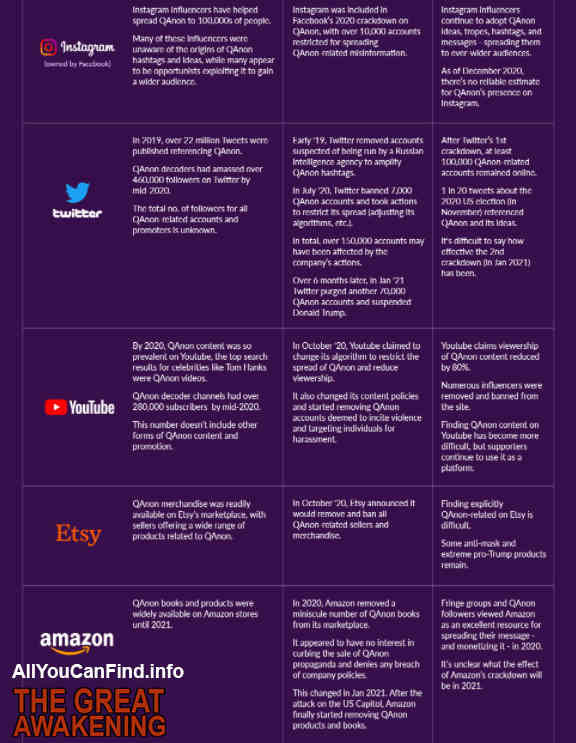 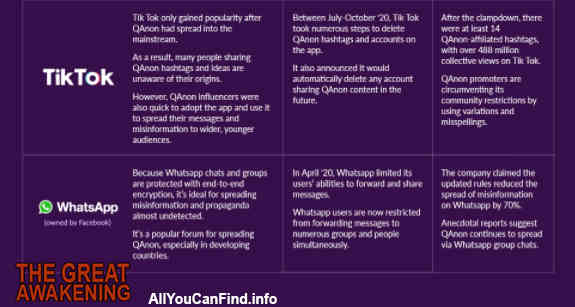 He was going to Make America Great Again and repel the forces of Islam, immigration, socialism, homosexuality, and minority rights.

By the time these companies were forced to take action, it was too late. QAnon’s supporters numbered in the millions. It was mainstream. It had infiltrated everything from the White House to online yoga communities.

The most faithful migrated back to fringe platforms like 8kun, Endchan, Telegram, and Parler*. Mainstream QAnon supporters found ways to spread a more palatable message, tricking the algorithms and people with new messages, hashtags, and more subtle scaremongering.

*In January 2021, after 100s of Trump supporters attacked the US Capitol building, Google and Apple removed Parler from their stores. Shortly after, Amazon Web Services stopped hosting the app, essentially shutting it down. Each company cited acts of violence being planned on the app as the primary motivation.

Most cults portray their leader as the messianic figure delivering salvation. However, Q is different. Despite leading QAnon, he doesn’t claim to be its savior.

That role is given to Donald Trump.

To outsiders, there’s very little about Donald Trump’s demeanor (or his life) that suggests he’s even interested in overcoming evil.

But Donald Trump was viewed in almost Biblical terms long before QAnon.

Ever since he ran for president in 2015, Christian Conservatives in America have heralded Trump as a hero. He promised to stop the tide of change and bring back old fashioned values and decency.

He was going to Make America Great Again and repel the forces of Islam, immigration, socialism, homosexuality, and minority rights. 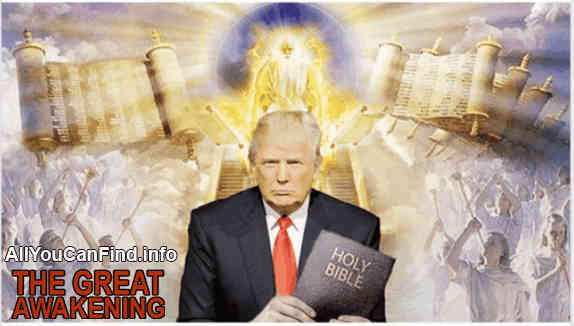 Meanwhile, his rhetoric and demeanor on the campaign trail and racist dog whistles appealed to disillusioned white identity, anger, and grievance in poor communities across America.

These two trends quickly converged, and the Donald Trump cult of personality was born. Over the years, with every fresh scandal, it has only intensified. No other US President has enjoyed the unwavering loyalty Donald Trump receives from his base.

While Trump eventually lost the 2020 US election, nearly half the country still voted for him. And now, following the results, they believe the election was stolen – with zero evidence.

The person (or people) behind the movement simply capitalized on his most zealous supporters’ passion and exploited the mythology millions of people had already built around his persona. Trump, for his part, enthusiastically embraced all of this and used it to his advantage.

QAnon is more than just a conspiracy cult. It’s also a brand. And a highly lucrative one at that.

From the very beginning, sly opportunists saw the business potential for promoting QAnon to as broad an audience as possible. They created an entire industry of QAnon propaganda and merch, from clothes, flags, and books, to bumper stickers and coffee.

While many of these products were once sold on Amazon and Etsy, they also created independent e-commerce stores, websites, and brand operations.

QAnon believers are the perfect customer.

They’re intensely loyal to the brand. They love flaunting that loyalty for the whole world to see. And they will enthusiastically consume anything that brings them closer to Q and the truths he can reveal.

Wearing a QAnon t-shirt is like a sports jersey.

It shows everyone you’re part of the tribe – a true believer. And you’re not ashamed or embarrassed to show it.

When you’re at a Trump rally or doing your groceries, and you see someone else sporting some QAnon gear, there’s an immediate kinship. You’re not alone. They get you when no one else does. They know the same secrets as you.

The people peddling QAnon coffee and books for profit know all this.

They know that people will buy into anything that brings them deeper into Q’s inner circle. They know $22 for a book is a small price to pay for ‘enlightenment’ and a deeper connection to Q. They know that many QAnon followers have a deep need to belong and that buying a QAnon bumper sticker will fulfill that need, if just for a few minutes. 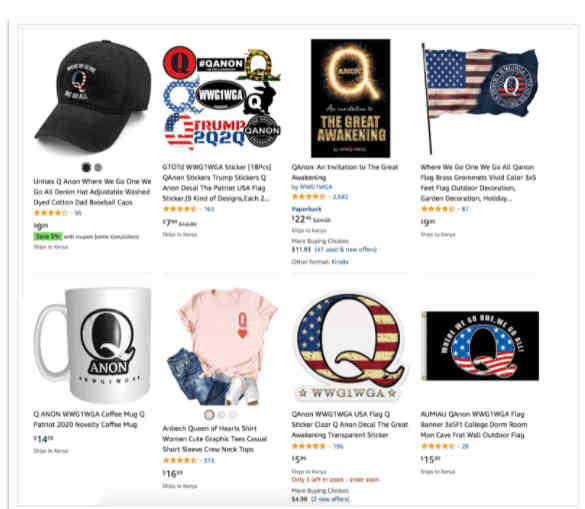 TO BE CONTINUED ON THIS ARTICLE  PART4 (CLICK HERE) 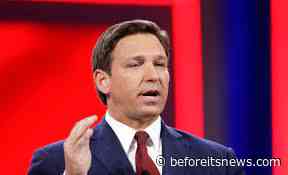 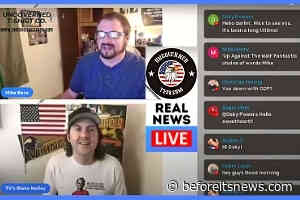 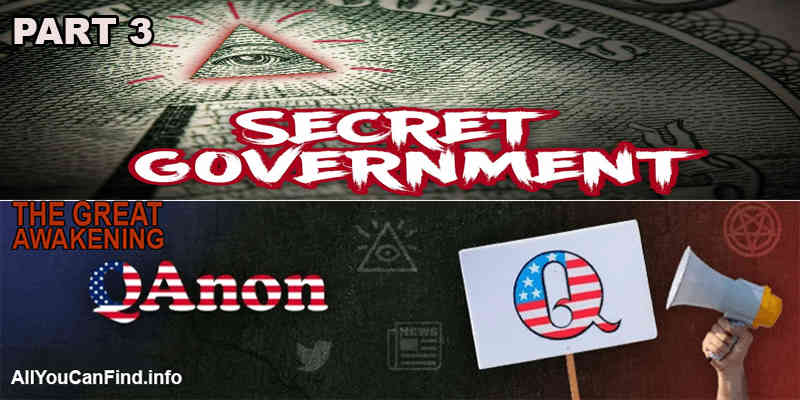 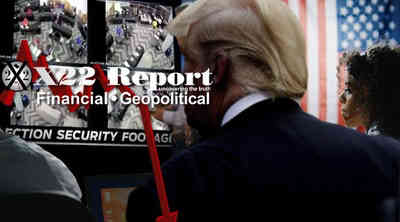 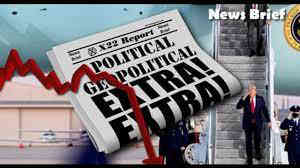 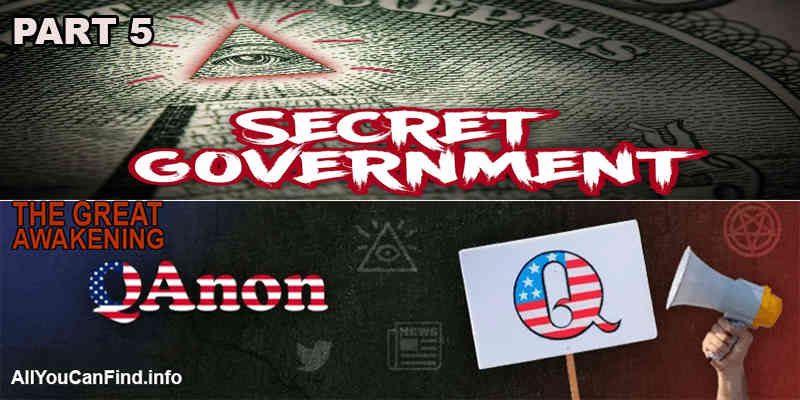 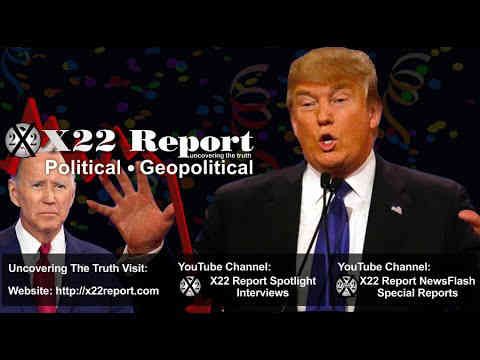 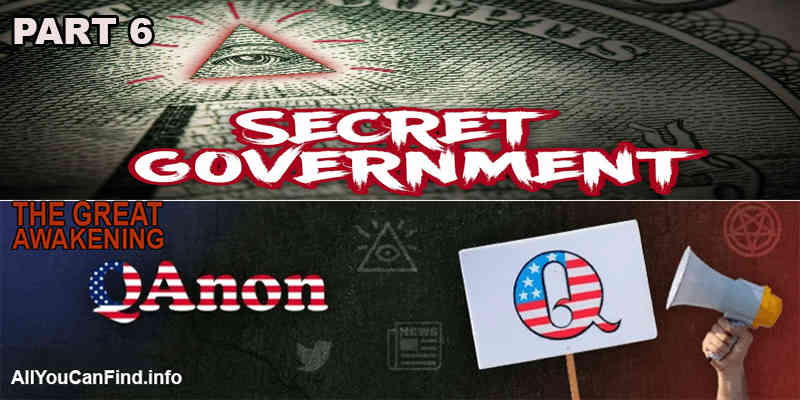 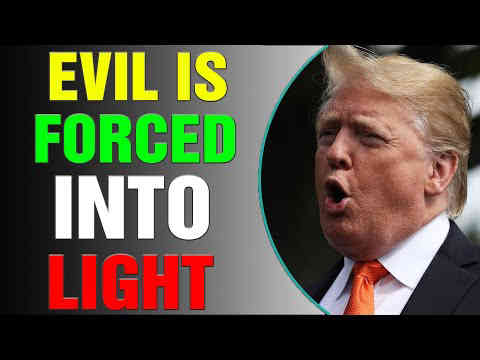 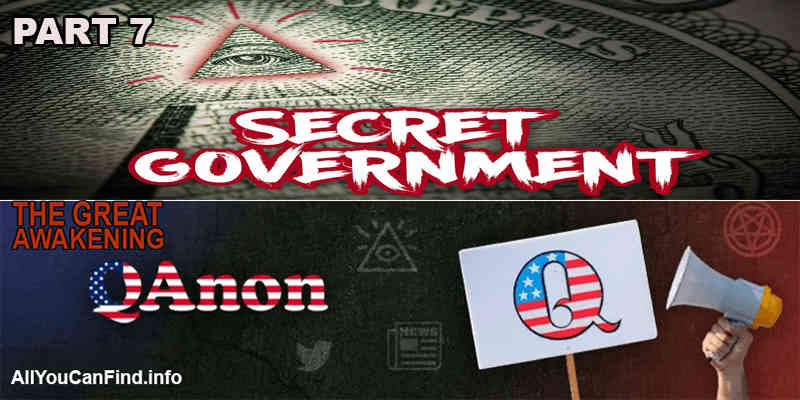 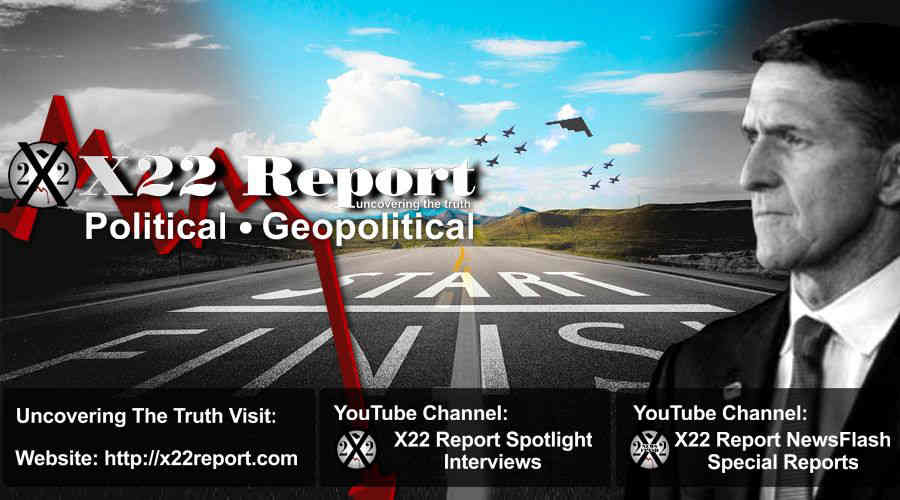 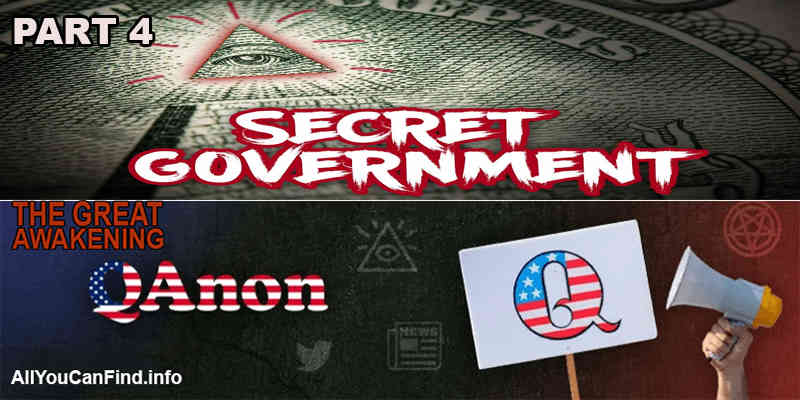 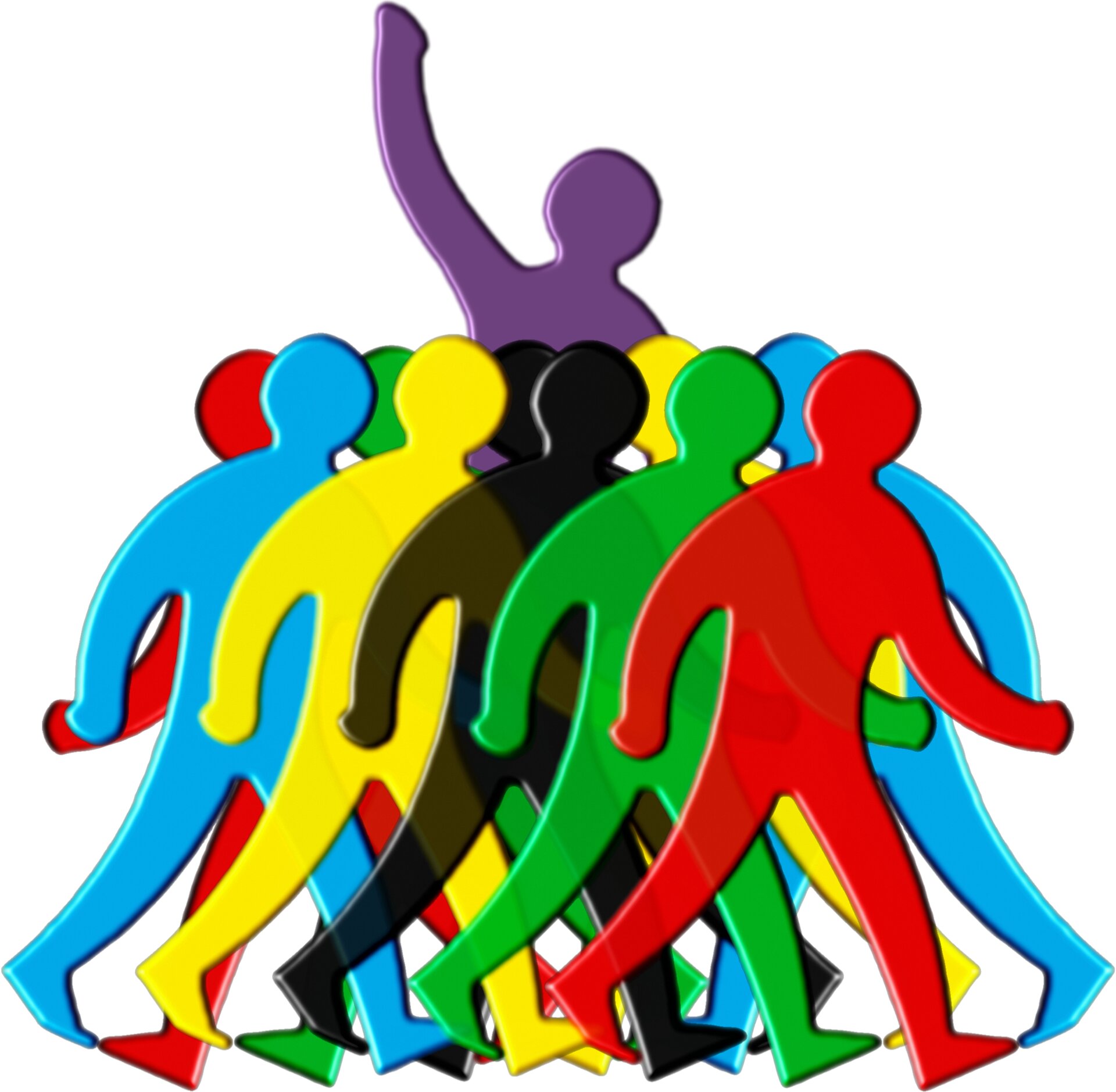