What is QAnon? What You Need to Know About the Conspiracy in 2021 (PART 1)

QAnon, you might have heard about it. But even if you haven’t, you’ve probably heard some of its claims.

“And you probably have a lot of questions.”

Do QAnon followers really believe that child-eating satanic cults control our lives? And Donald Trump is the savior of humankind? Where did it come from? How did it become so popular?

What the hell is going on?

Like most people, before writing this guide, I mostly considered QAnon a joke. But learning about its origins and watching events unfold in real-time as I was writing, it all started to make a lot more sense.

QAnon’s rise from internet obscurity to a global phenomenon is a complicated, surreal, and troubling tale of a world plagued by anger, division, lies, and loneliness.

Hopefully, by the time you finish reading, you’ll understand QAnon (and its appeal) a little better. And in doing so, you’ll be prepared for the next chapter in this wild, crazy story.

In a nutshell, QAnon is a conspiracy cult that started on 4chan (an anonymous imageboard) and quickly spread into mainstream politics and culture.

A secret global cabal of Satan-worshipping politicians, celebrities, billionaires, and Catholic church leaders control the world. They traffick children to engage in ritualistic pedophilia and eat the children to harvest a life-extending chemical, adrenochrome, from their blood.

According to QAnon, Donald Trump is aware of all this and has been secretly waging a complex battle against the cabal and their collaborators in the US government – known as the ‘Deep State.’

When he’s successful, thousands of cabal members will be rounded up and imprisoned in Guantanamo Bay. Mass unrest will break out across the US, which the National Guard will brutally suppress. Eventually peace will prevail.

Over the years, QAnon has grown more complex, weaving in threads from older conspiracy theories and co-opting current events (i.e., Jeffrey Epstein’s arrest, Coronavirus, 5G conspiracies). An increasing number of public figures have been exposed as villains and cabal leaders, from George Soros and Bill Gates to model Chrissy Teigen and Pope Francis.

It’s also grown more Biblical and apocalyptic. Many in QAnon now believe that God chose Donald Trump to lead the struggle, along with his ‘digital soldiers’ (a term for QAnon followers). 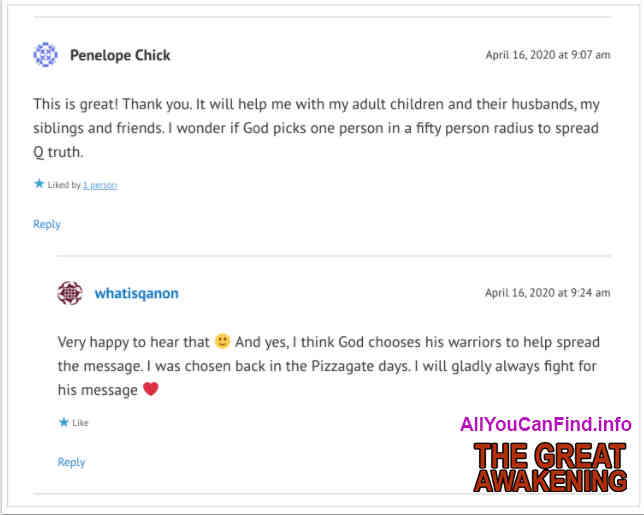 1.What is Q comments

After Trump overthrows the evil cabal, God will deliver salvation to the human race, and there will be utopia on Earth for all eternity.
All of this has been exposed by an anonymous figure calling himself Q.

The mystery behind Q’s identity is key to the conspiracy.

Theories about Q’s identity can be divided into two categories: what his followers believe and what investigators have concluded.

Quick note: by all accounts Q, or the person behind Q, is generally accepted to be a man.

While theories abound, here are the most commonly held.

1) Q is a high-level Trump admin official working in the White House.

The original ‘Q’ account on anonymous imageboard 4chan went by the name of ‘Q Clearance Patriot.’ Aside from making predictions based on access to classified information, the account provided numerous ‘proofs’ of authenticity.

However, none of the predictions ever came true and most of the ‘proof’ was publicly accessible (or easily fabricated) information.

‘Q Clearance’ is a real ‘Top Secret’ security designation in the US government. However, it comes from the US Department of Energy and has no connection to the White House or national security.

Now that Donald Trump is no longer president, Q’s status is unclear.

2) Q is a group of people close to Trump

Q often refers to himself in the first person as ‘we,’ and his posts frequently change in style, sentence structure, and syntax.

As a result, many followers believe QAnon is now the combined effort of a small team, perhaps recruited by the original Q.

While there’s no evidence to suggest they had any access to classified information while Trump was in office – or to Trump’s White House – plenty of evidence suggests numerous people are behind Q’s posts (explained below).

3) Q was hijacked. It’s no longer the same person/people.

Early in the saga, Q claimed his 4chan account had been infiltrated and moved to a new platform, 8chan (now rebranded as 8kun).

The idea that somebody hijacked Q’s identity and is now posing as Q is popular. It explains a lot of inconsistencies in the whole conspiracy theory.

Alex Jones has promoted this idea, claiming in 2018 to have spoken directly with the ‘people’ behind QAnon and stating:

“I was on the phone this morning talking to some folks who were… involved in QAnon. They say ‘Hey, that’s been taken over, we’re unable to even post anymore, that’s not us anymore.’ I’ve talked to QAnon… they are saying QAnon is no longer QAnon.”

As the messianic savior at the heart of QAnon, it makes sense that Trump could be Q all along, hiding his identity in yet another ingenious plot.

There’s a lot of reasons this makes no sense. Let’s list a few: Trump doesn’t use a computer; he has issues with basic spelling and grammar; he couldn’t do it on his own and keep it a secret; he’s no longer president.

What Investigators, Journalists, and Researchers Have Concluded

We may never know the original Q’s identity. Imageboards like 8kun go to great lengths to hide their users’ identities.

However, plenty of evidence suggests that the Q persona was quickly taken over by a small group of men who saw QAnon as an opportunity to amass great influence and power.

Most experts on QAnon, including 8chan’s founder Frederick Brennan, believe the Q’s account is controlled by 8kun’s American owners: Jim Watkins (a former internet pornographer based in the Philippines), and his son, Ron. 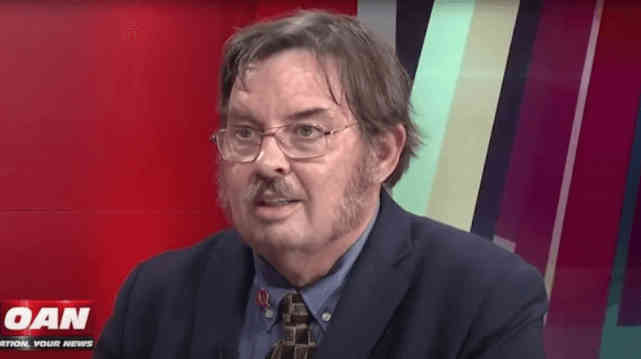 Like everything in QAnon, the Watkins’ takeover of Q is an incredibly complicated story.

TO BE CONTINUED ON THIS ARTICLE  PART2 CLICK HERE 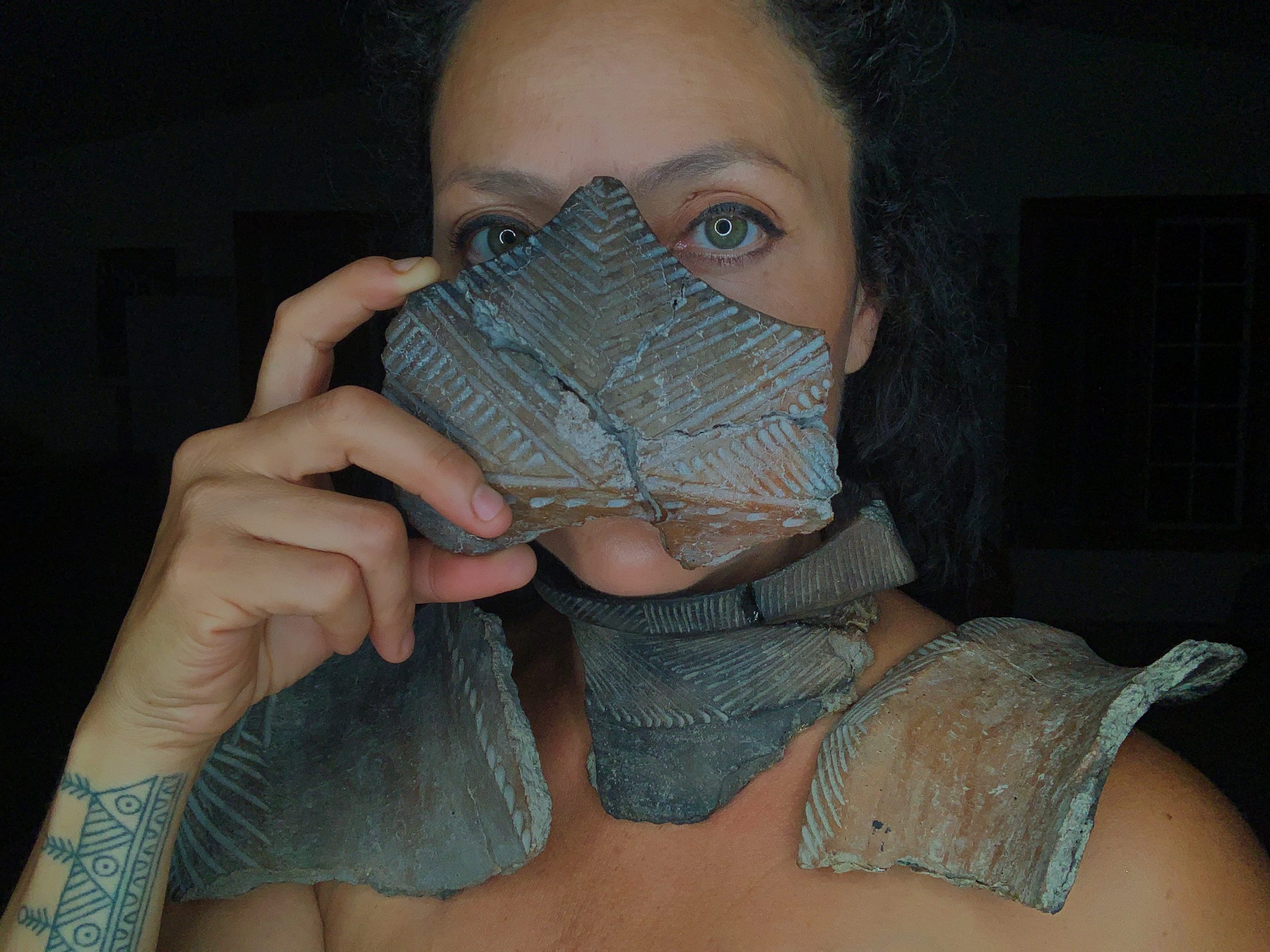 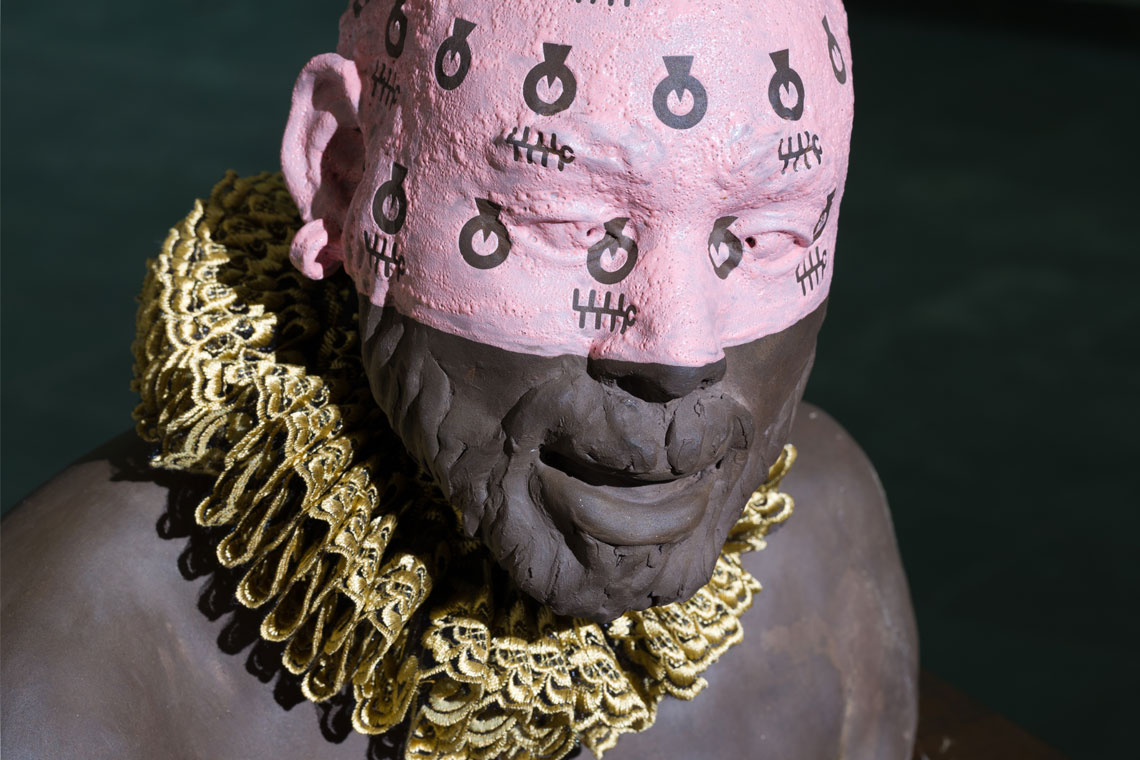 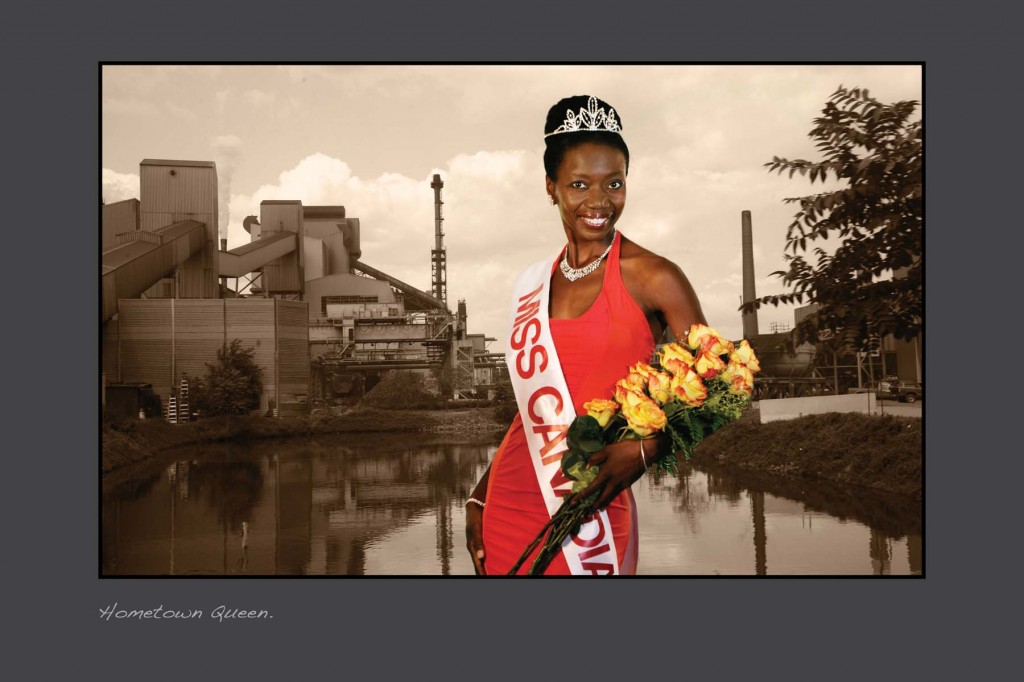 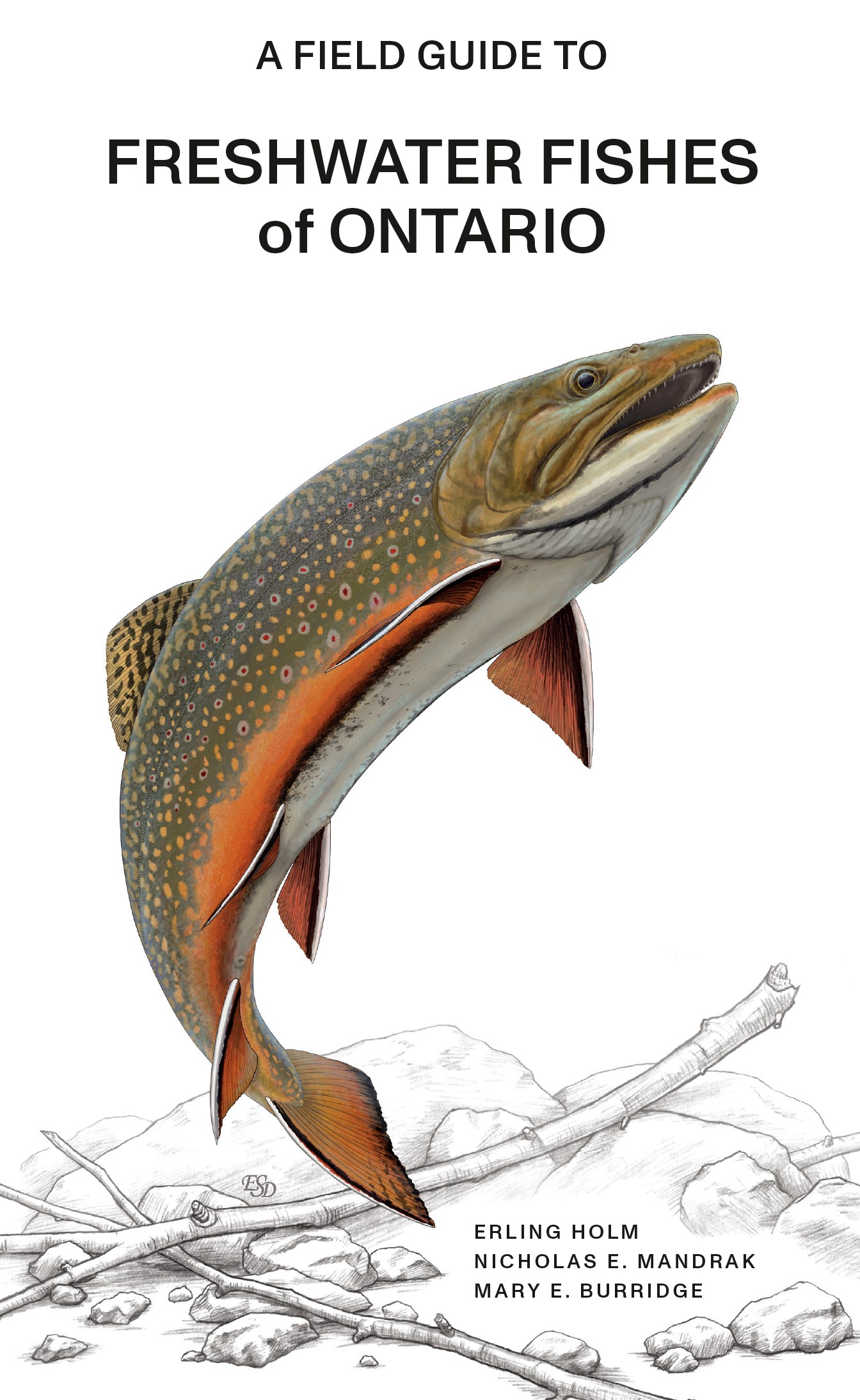 An Afternoon with the Fishes of Ontario 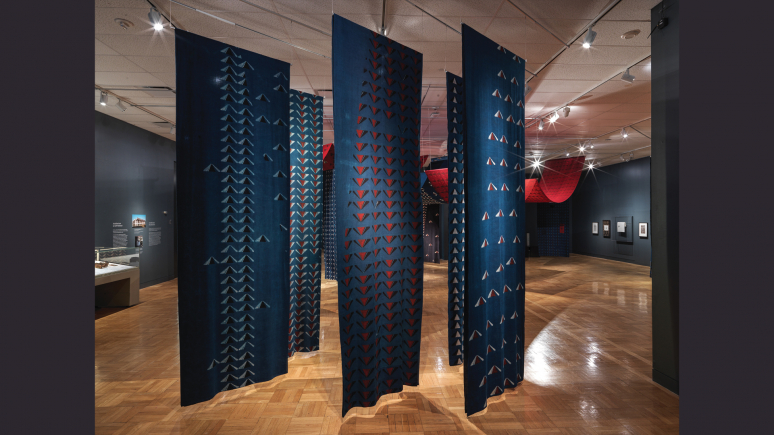 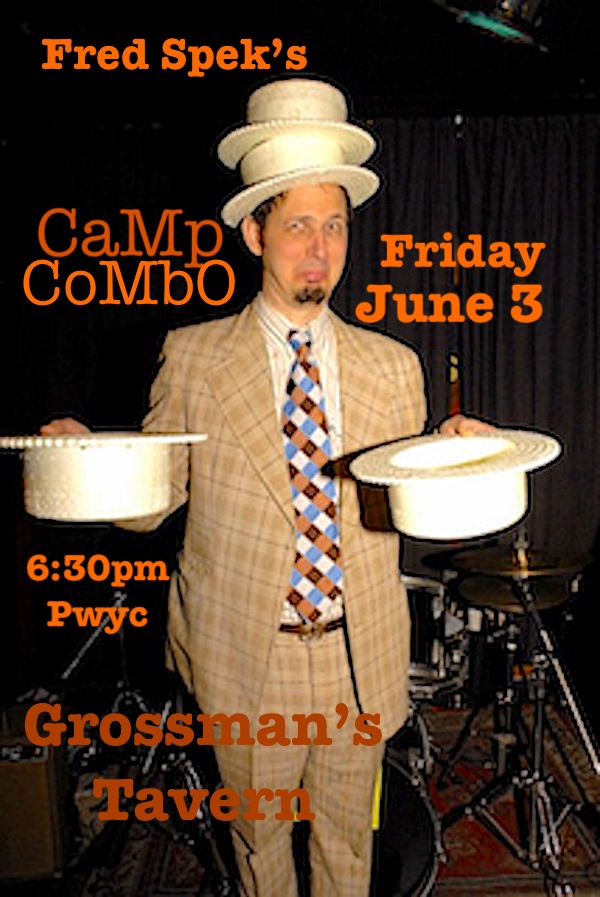 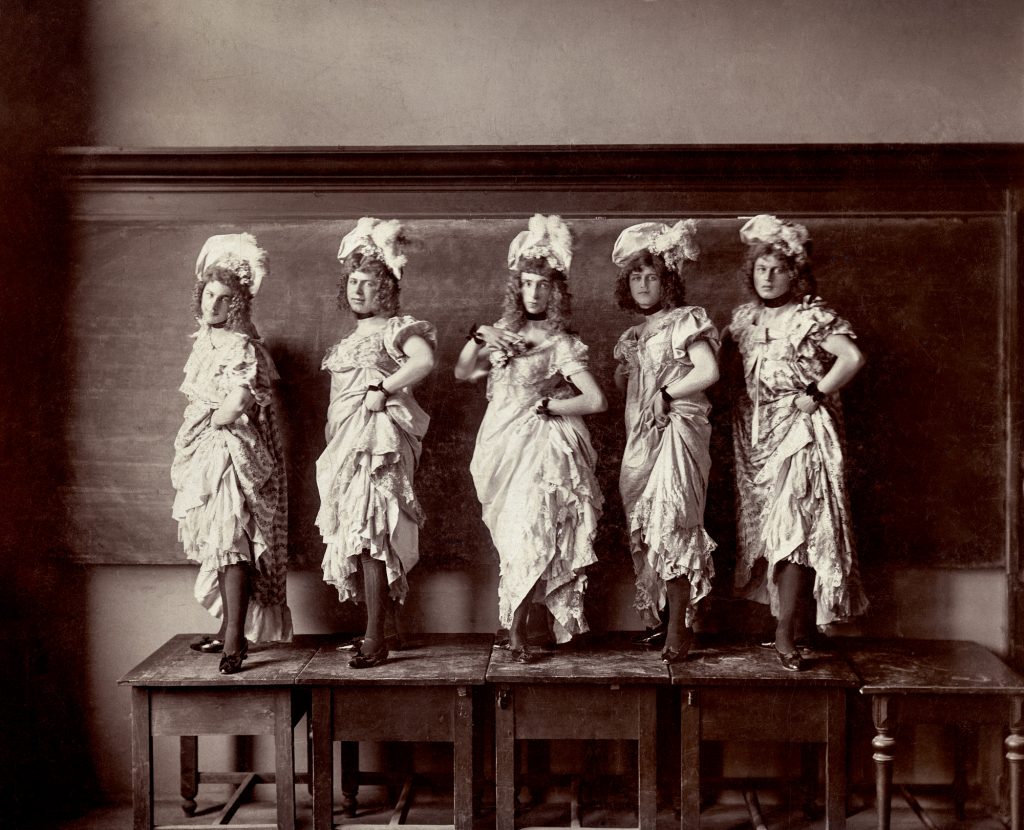