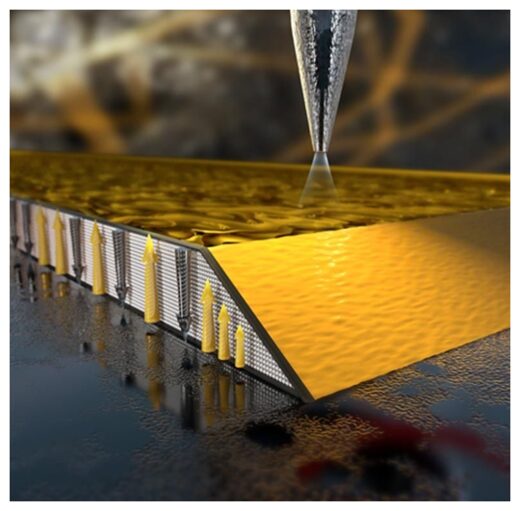 For physicists, exploring the realm of the very, very small is a wonderland. Totally new and unexpected phenomena are discovered in the nanoscale, where materials as thin as 100 atoms are explored. Here, nature ceases to behave in a way that is predictable by the macroscopic law of physics, unlike what goes on in the world around us or out in the cosmos.

Dr. Yonathan Anahory at Hebrew University of Jerusalem (HU)'s Racah Institute of Physics led the team of researchers, which included HU doctoral student Avia Noah. He spoke of his astonishment when looking at images of the magnetism generated by nano-magnets, "it was the first time we saw a magnet behaving this way," as he described the images that revealed the phenomenon of "edge magnetism."

The images showed that the magnetic material the HU researchers were studying only retained magnetism on its edge — in fact only within 10 nanometers of the edge (remember a human hair is around 100,000 nanometers). Their results were recently published in the prestigious journal Nano Letters. 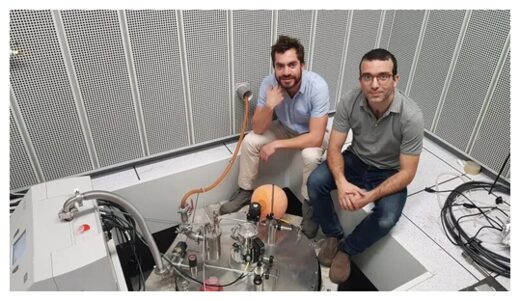 This nano-effect, although very small, could actually have wide applications in our daily lives. "In today's technological race to make every component smaller and more energy efficient, effort is focused towards small magnets with different shapes," Anahory shared. The new edge magnetism offers the possibility of making long wire magnets only 10 nanometers thick, which could curve into any shape. "It could revolutionize the way we make spintronics devices," added Anahory, referring to the next-generation nano-electronic devices with reduced power consumption and increased memory and processing capabilities

The actual discovery of edge magnetism was somewhat serendipitous: Anahory decided to have a look at a new magnetic nano-material (CGT) produced by his colleague at the Universidad Autónoma de Madrid, in Spain. The discovery ultimately relied on images produced by a new type of magnetic microscopy developed in Israel, which can measure the magnetic field of a single electron. Discovering new phenomena relies on highly sophisticated new technologies. Further, the phenomena themselves will be at the heart of even more advanced technologies as edge magnetism has demonstrated.

Source: The Hebrew University of Jerusalem